The Physical Effects of Ice Addiction 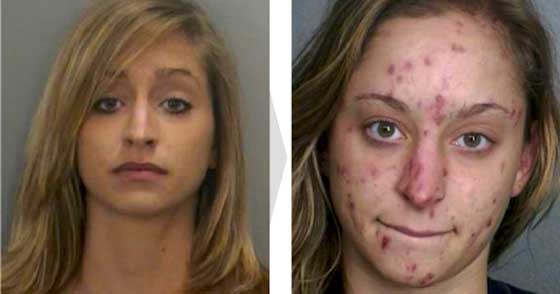 There are many consequences, both immediate and long term, that come with the regular use of Ice. Ice, Crystal, Tina, Meth, Krank, all are names for a certain neurotoxin;

The very powerful stimulant called methamphetamine. When taken, ice will give the user an instant elevation and heightened awareness, a sense of euphoria, or a blissful warmth. And these are just some of it’s main effects.

There are, however, many negative and life threatening side effects that arise due to how damagingly methamphetamine works in the body, and how heavily the user pursues this high. Understanding both the immediate and long term effects that ice has on the brain and on behavior will also help us understand how to best treat the addiction and begin to heal the body and the mind.

When absorbed, methamphetamine or ice, will signal the body to release an elevated amount of dopamine to the brain. Dopamine serves a very important role in our central nervous system and works closely with the reward and motivation pathways of our brain as well as with some motor function. When we are feeling good inside after eating something sweet, or happily receive a compliment, or become excited to play a game, dopamine will be involved.

When using meth, it is the influx of dopamine that creates a flood of sensation and often a pleasurable feeling which comes immediately after smoking, snorting, or shooting the drug. However, some users will experience anxiety, aggression, discomfort, irritability, or paranoia.

As with other adrenaline or dopamine stimulant drugs, when using ice a person will experience physiological changes as well as psychological changes. With the rush of dopamine other neurotransmitters, like norepinephrine, work at higher levels and together these two, and other organic chemicals, send your body into a “fight or flight” state.

Ice will give the user an extreme sense of alertness and typically an accelerated heartbeat. It will constrict the blood vessels and it increases blood pressure. Ice will cause the pupils of the eye to open up and let more light in; It creates a dry mouth, it opens the sweat glands, and it raises the user’s body temperature to sometimes dangerous levels (hyperthermia). Using ice reduces the appetite and slows digestion. It also often leads to teeth grinding or jaw clenching (bruxism). Ice has been said to heighten sexual stimulus and prolong sexual activity and gives a feeling of sustained wakefulness, as well as numbness, nausea, dizziness, and restlessness or increased body movement.

Depending on the user’s tolerance and how often they use, a body can recover relatively quickly and with little risk of long term consequences. However, because methamphetamine interacts so powerfully with the reward networks in our brains it can very easily lead to regular, or chronic, use. Ice poses a higher risk for addiction than other stimulants and a higher occurrence of long lasting withdrawal. It is through addiction that the long term side effects of using ice can become permanent and life threatening.

Addiction, as a disease, is the most dangerous long term side effect that develops from using ice. Regular use will lead to addiction and addiction forms a self-destructive cycle of use and withdrawal. Chronic high-dose use will result in a rapid breakdown of physical and psychological conditions and it can increase the user’s risk of death from overdose, heart failure, or brain hemorrhage. Ice can destroy the areas of the brain where it operates, leaving behind brain damage and interfering with memory, motor function, emotional processing, and verbal learning to a permanent degree.

Meth, or ice, dries out the mouth as it alters the mind and many addicts will fail to care for their teeth and oral health. A poor diet of high sugar and high calorie foods and the tendency to grind the jaw all lead to the development of “meth mouth”, and the loss of teeth. There is also an increased risk for Parkinson’s disease and when used during pregnancy meth can lead to neonatal damage and birth defects in infants.

Using methamphetamine can often lead to symptoms of stimulant psychosis such as hallucinations, delusions, paranoia, and violent behavior. These can appear during use and can re-appear years after last using during moments of stress, thus requiring their own set of treatment. Other acute withdrawal symptoms may develop soon after beginning to use meth and present their own challenges to the user including depression, increased appetite, excessive sleepiness, anxiety, and a craving for the drug.

The intense desire to use again and the loss of satisfaction with things that once made the user happy are a persistent occurrence among users. With abstinence, time, and work the body and mind can heal. However, there is a point of abuse from which our brains cannot fully recover and ice will further threaten those users already susceptible to certain psychological disorders.

It is important to note that are countless risks for other long term side effects when using ice, such as the multitude of harmful agents with which ice may be cut, mixed, or used simultaneously.